Please excuse a brief interruption from how to earn and spend miles and points today. It’s a day to remember. 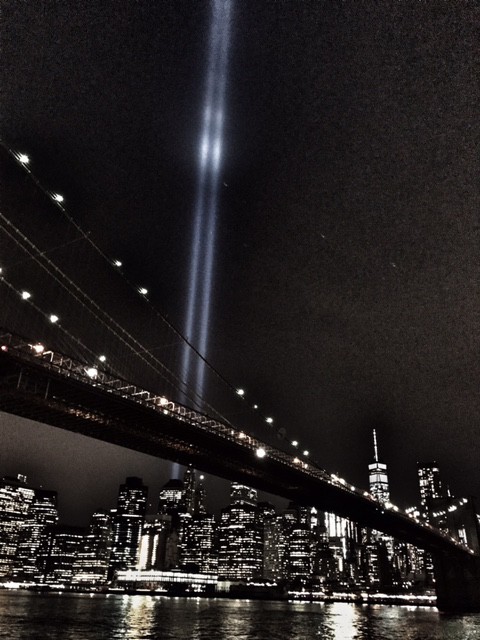 It seems each year that goes by has just a little bit less mention of what happened on this day in 2001.

It’s not that there aren’t reminders of it each time that we travel. From the entire TSA screening process (some forget, or never knew, that pre-9/11 there was no TSA) that we go through at the airports to the ability for an airline’s gate agent to have you arrested for arguing about a customer service issue because of “security,” I assure you we’ve been changed forever. 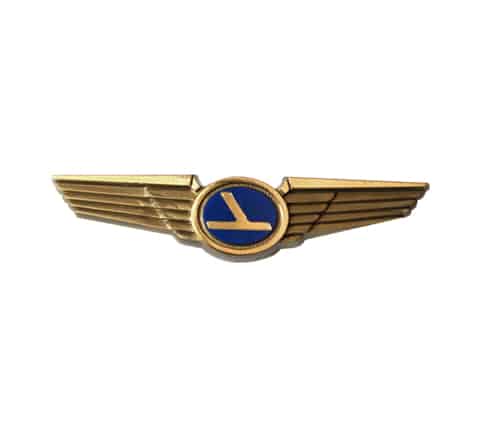 One of my earliest flying memories was on an Eastern Airlines flight to Florida, to visit my grandparents. I remember touring the cockpit with the pilot and getting my wings. That small pin you could wear.  Imagine that happening today on a commercial flight.

This is always a hard day for me. Not because I lost any close friends or family members. But I was here in NYC on that day and I’ll certainly never forget it. The world unquestionably changed forever and for those of us that were here that day, we’ll certainly never forget. It’s one of those days that you’ll always remember in vivid detail. I remember where I was when the Space Shuttle Challenger exploded in mid-air (4th grade, in class) and I remember nearly everything about September 11, 2001.

The less I hear people talk about it, the more I want to. So, here’s my story.

I was 25 and I was living on East 54th St. When the first plane hit I was in the shower listening to Z100. I recall them mentioning that a plane had struck one of the WTC towers. I got out of the shower and watched on TV a bit. It looked crazy. But the assumption was that it was an accident.

Given that it seemed to be an accident, although a horrific one, I went about my morning routine and even rode the subway to work at ICE Integrated Communications and Entertainment on Park Ave South and 19th St. where I worked as a Strategist and Project Manager. I recall seeing the smoke billowing into the air as I walked to the subway and again from the subway to the office.

It was while I was on the subway that the second plane struck. In the ICE office, we all started to realize that the world was changing forever. We were listening on radios, refreshing web pages, and I think at some point we got the TV normally used for video conferencing tuned into the news. I remember calling my parents who were scheduled to fly to Paris that day to let them know that I didn’t think they would be flying anywhere that day. Just waking up, they didn’t know yet.

They still haven’t been to Paris.

The next couple of hours are a blur. Disbelief. It’s funny how you react to things before you comprehend the enormity. Sometimes, you kind of don’t.

Around noon, ICE’s management, based in Toronto, made the decision to send us home. Some of us, though, didn’t really have anyone to be with at that time and we took a walk over to Gramercy Park together. The gates to this famously closed-off park, which only allows people living around the park with a key to enter, were left open for one and all that day. Around 6 of us sat in the park and tried to get our heads around it. It was an eerily gorgeous day. Nice and sunny with temperatures in the 80s. So ironic.

After a few hours, I walked back home. Smoke and debris were everywhere in the air.

The days and week ahead were anything but normal. The National Guard lined the streets of Manhattan. The debris floated in the air for weeks, some days worse than others depending on how the wind was blowing. Some days Brooklyn would get it the worst.  I remember sitting in a dinner in the East 30s and having to ask them to close the window because debris was floating in and landing on the food. I can’t even think about what could have been in that debris.

Then there were the anthrax threats. Nobody knew what was next. I’m pretty sure that was when NYC started the “If you see something, say something” campaign we still have today. The subways would halt almost constantly for some threat or another. It was a long time before public transit felt normal again. I have an ex-girlfriend that to this day won’t ride the subway. Not long after 9/11, I dated someone that had been working right nearby and she told me she was completely covered in soot, though thankfully she was OK. At least I hope she is. Lots of people that were there that day have developed all sorts of health issues from what they inhaled.

And then there’s the sadness for all who lost their lives that day. As a human, you naturally empathize more as you can connect more. I was nearly hired in early 2000 at Marsh and McClennan – high atop the WTC. I still have my entry badge from that interview and remember vividly how the elevator swayed as it climbed almost 100 stories into the air. To the best of my memory, I was a leading candidate for the job, but the person doing the hiring went out early on maternity leave. I can’t recall her name but she was a very nice woman and I hope that she wasn’t there on 9/11.

And then, on September 10th, 2001, I spent the entire day on the lawn in Battery Park (right next door to where the WTC was) and then exploring the shopping area underneath the WTC. I vividly recall thinking how beautiful it was there. “Maybe I should move down here…” I thought.

And the next day, the world changed.

All these years later we, of course, have the new WTC – which took way longer to plan than originally thought and was slated to be called the Freedom Tower, though the moniker was removed when the building was completed. 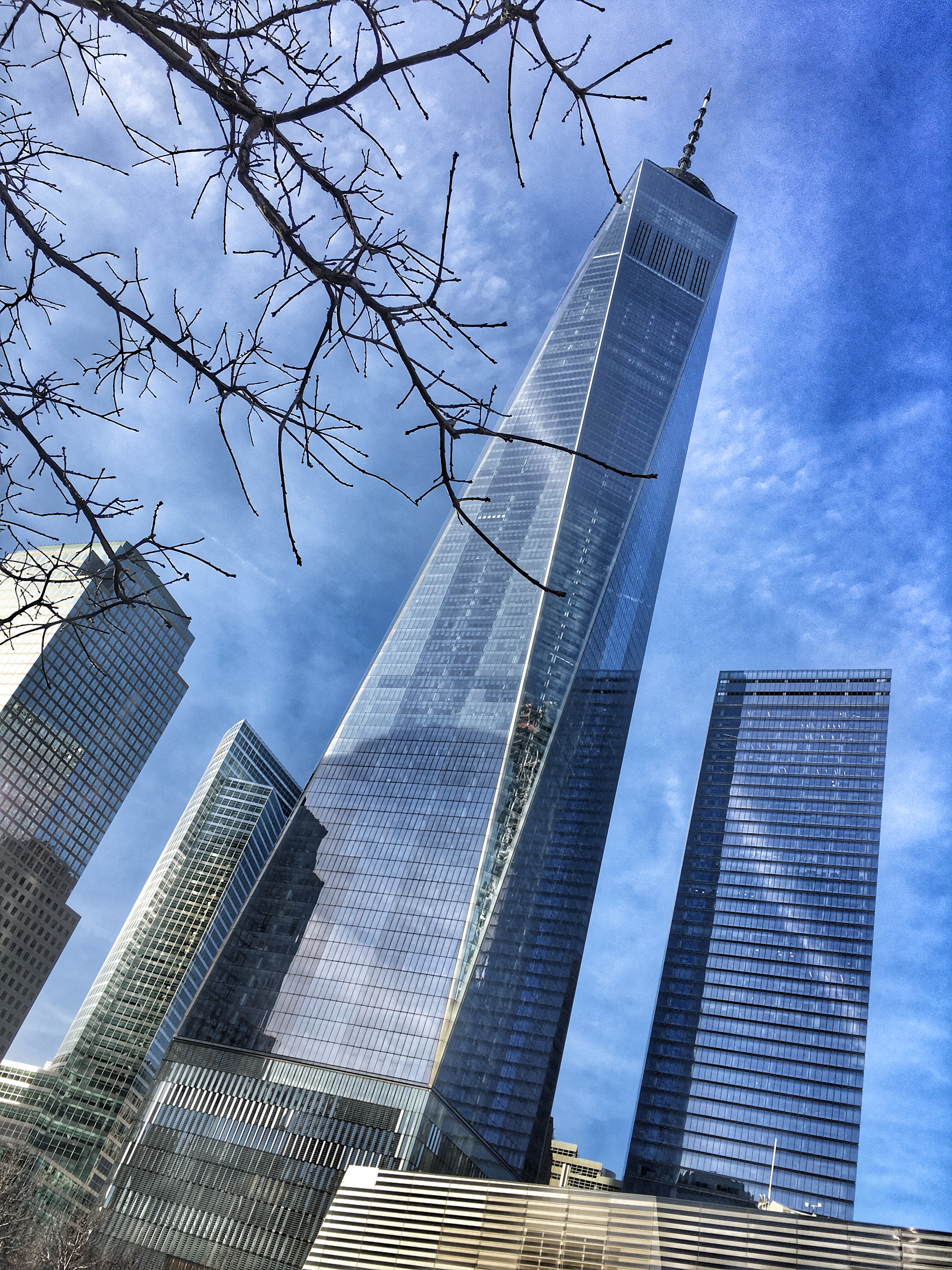 I took my 12-year-old nephew up to the observatory last year. It’s crazy that he’ll never know the world that existed before 9/11.

I also can’t end this without mentioning the unbelievable kindness that existed in the months following 9/11 in NYC.  It’s not that New Yorkers aren’t “nice” but we aren’t necessarily outwardly friendly like a Southerner might be. A true New Yorker will nearly always help anyone in need of help (and will rush to do so), but we kind of keep to ourselves otherwise. Perhaps gruff is the word.

But in the months after the tragedy, New Yorkers had more patience for others. More outward kindness. Real kindness.

Each year, I spend at least 30 minutes looking back on what happened. Reading about the lost and watching the heroes. There is always something you’ve never seen.

This year, I watched this story about the man with the red bandana, Welles Crowther, who died saving as many lives as he could. He led groups of people trapped on the 78th floor to the only escape route left for them – on the 61st floor. But once they were on 61, he went back up for more. Until the tower came down.

Never take a single day for granted. And #NeverForget.