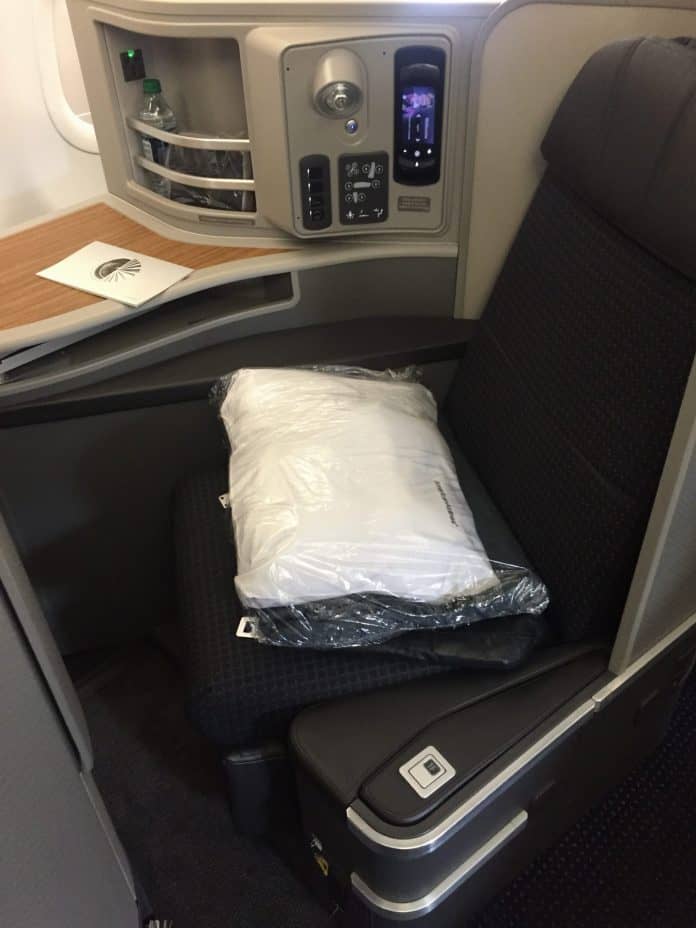 Earlier, I wrote a post that contained a major error. I’ve deleted it to avoid confusing anyone else.

The post stated that American was adding change fees where there had been none before. While it’s true, parts of that article were incorrect due to poor wording on AA’s various channels.

There is still a huge negative change and I still think it was poor form to do so during a pandemic, but the good news is that there are more positive changes than it seemed earlier and they do somewhat balance things out – enough that I decided to trash the earlier post and replace with this one.

We’re giving you more flexibility with waived award reinstatement and change fees for awards booked by May 31, 2020, for travel through September 30, 2020.

Now, American Airlines wrote two nearly identical versions of this news (bolding below is mine):

First they posted in the AA Newsroom and said this:

Award travel ticketed on or after June 1, 2020 will include free changes if made at least 60 days in advance. A new variable fee structure based on elite status and days before departure will apply to any changes made fewer than 60 days in advance.

And then they posted this on AA.com:

So, first, I apologize for posting the misinformation that this was all bad news.

Assuming the version used on AA.com is what they meant, the news is a mix of good and bad, along with a bit of “I’m still not sure what they mean on some of the more nuanced bits.

The good: This now means that a member with no status can redeposit an award for free more than 60 days in advance of the flight. That’s actually a really solid improvement. Delta, United, and Alaska all charge so called “General Members” with no status for this at any time.

The bad: The grid references fees for changes less than 60 days from the date of travel. Under the current and historical rules, date changes (so long as the origin and destination were unchanged and you were within a year from the original date of travel, were free for all members. American Airlines has removed the ability to make free date changes inside of 60 days.

There is a clarifying statement, though, that you can still upgrade class of service for free. So, if you book Business Class on Cathay Pacific and Cathay releases First seats two days before your trip, you can still make that change free.

But not being able to shift a date free inside 60 days is unquestionably a negative compared to current rules. It’s also something I’ve feared would come ever since American Airlines and US Airways merged, with US Airways not having a similar policy and the penchant for airlines to generally adopt more fees and less customer-friendly policies.

Also, under current rules, you can redeposit for $150 but only $25 per additional ticket on the same record locator. Unless there’s fine print I’m missing, you will now pay the fee in the grid per ticket. For families, that can add up.

The “unclear”: The above rules apply, for sure, to Saver and Standard AA awards and partner awards. However, they make no reference at all to the new and highly restrictive Web Specials, which are increasingly what they want you to book if the flight is on AA metal. They can be great deals, but you can’t change them. You can only redeposit for the current fee of $150.  If the above guidelines DO apply to Web Specials, then this is a win overall. If this does not apply to Web Specials, then it’s more of a mixed bag.

My hunch is that Web Specials remain completely non-changeable. Even less clear is if cancelling a Web Special will cost the fee from the above chart per ticket now rather than $150 for the first ticket and $25 for additional tickets on the same reservation.

Update: The above has now been addressed.

AA really should have addressed how Web Specials fit in with all of the new fee structures.

It’s been asked of AA, but not yet answered, how the Web Specials are affected and, when that is clarified, I’ll post about it.

Overall, though, I think losing the ability to make free date/time changes is a huge negative and outweighs the rest.

I would never expect a company to bury a massive program devaluation within a pandemic response, but here it is.

The best feature of AAdvantage is gone as of June 1st.

I guess at least those who had their accounts terminated by AAdvantage over the last few months for signing up for “too many” credit cards will feel a bit less bad about their situation.

I have long suspected a move like this would come – especially given the Web Special’s restrictive nature, but the timing can only be described as poor.

🇨🇦 Canada to Reopen Borders to Americans in August