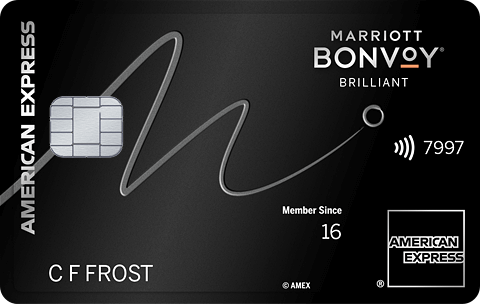 As we already knew, the $300 annual credit for use at Marriott Bonvoy properties was being replaced with $25 monthly credits for dining (eating out or ordering in). It nets to the same $300 in credits.

But I was pretty surprised with the new benefits that will definitely make this card a keeper for many.

Let’s go over what else they have added for the additional $200 fee:

The last three don’t excite me due to redundancies with other cards.

However, automatic Platinum status which is valuable due to the fact that it confers breakfast and lounge access at full service properties, upgrades up to and including standard suites, and a guaranteed 4pm late checkout (excluding resort hotels and convention center hotels). Then you’ve got the 25 elite nights. Keep in mind you’ll only get an Annual Choice Benefit if you actually hit 50 nights in a year. And, as mentioned above, you can get that much closer to Titanium status.

Presumably the Platinum status also will count as one of the 10 years and 600 nights needed for lifetime Platinum status. I don’t see any exclusions on this in the fine print, though I don’t know what would happen if you only had the card for part of a year.

And then you’ve got the 85,000 point certificate which should be easily worth $400 if not more.

With $300 coming back to you in monthly dining credits, the question to you is if $350 more is worth it for Platinum status and the 85k certificate. I think that if you stay at Marriott a lot but struggle to keep Platinum status based on the nights needed, it may well be worthwhile – especially since the rest of the fee can be easily justified with the 85,000 point certificate.