February 21, 2020 * by Dave Grossman * Leave a comment
Did you miss a deal? Never again! Apply to join the members-only MilesTalk Facebook group.

What? You didn’t even know there was a chance that could change?

I’ve been waiting for the announcement to come, one way or the other, for a while now, but Gary Leff at View From The Wing got it first (no surprise!)

Chase and United announced today an extension of their cobranded credit card agreement through 2029 and, as Gary notes, Chase will be paying more to United for the privilege, starting immediately, as part of the deal. 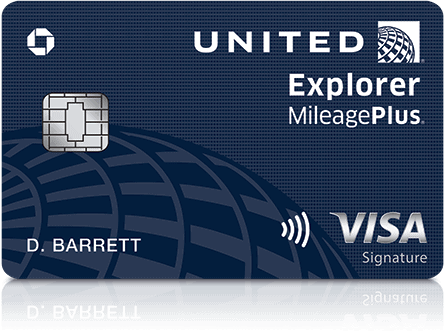 These negotiations have been going on for a while now and it was an easy assumption to make that it could be on the table to remove United as an UR partner to try and “force” people to get the United credit cards if they wanted United miles.

However, the United Credit Cards from Chase don’t earn as well on most spend as the better credit cards that earn Ultimate Rewards do (for example, 3X on all travel with both the Chase Sapphire Reserve and Chase Ink Business Preferred.

American Airlines is the only major US carrier that doesn’t allow points transfers from any bank (only Marriott points transfer to AAdvantage) and Citi doesn’t seem to have any plans to allow Citi ThankYou points to transfer.

But you can transfer from Chase Ultimate Rewards points to Southwest and United and British Airways and from American Express to Delta.

And frankly, the United credit cards mileage-earning value proposition given that United has shifted to dynamic awards isn’t great. It’s easy for me to recommend Chase Ultimate Rewards-earning credit cards to people, wherein they can transfer to United when it is the best deal but not otherwise.

It seems that Chase Ultimate Rewards transfers to United are safe through 2029. Rejoice!

What do you think of this contract extension?

New to all of this? My introductory book MilesTalk: Live Your Wildest Travel Dreams Using Miles and Points is available on Amazon and at major booksellers.