March 12, 2020 * by Dave Grossman * Leave a comment
Did you miss a deal? Never again! Apply to join the members-only MilesTalk Facebook group.

Specifically, the ban applies to non-US citizens and only to Schengen Zone EU countries, despite the initial announcement sounding more dire. 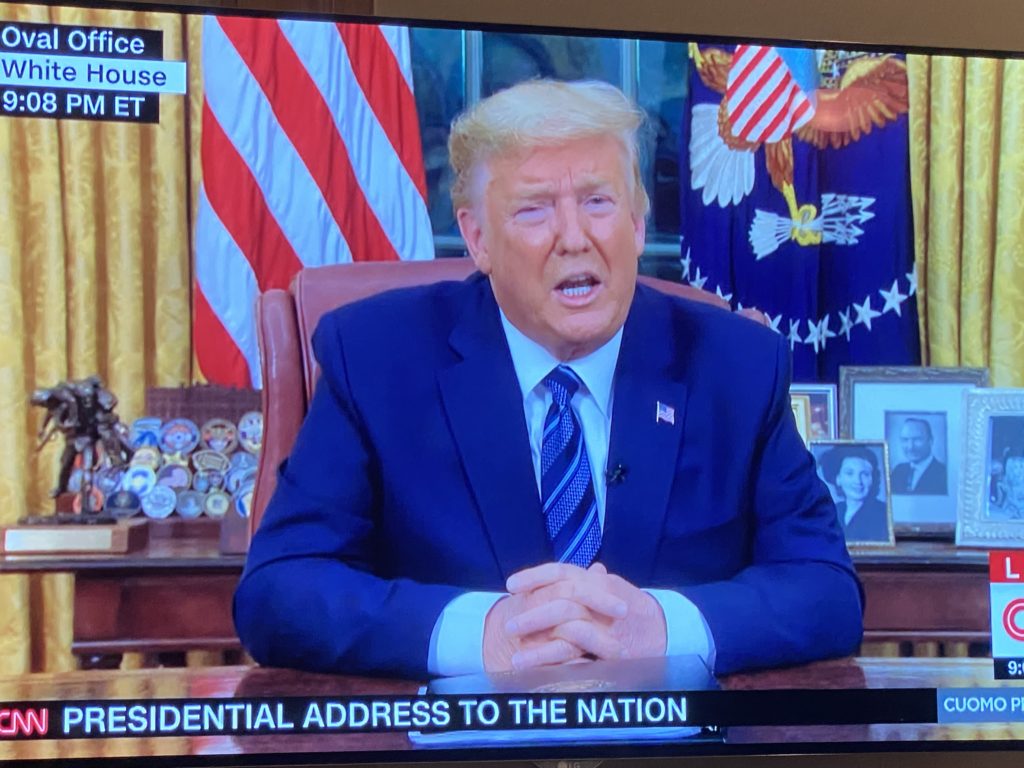 The UK is exempt from this ban. Additionally, foreign nationals who have been in Schengen Zone Europe in the last 14 days will be denied entry via any entry point.

It will apply for 30 days, beginning at 11:59pm Friday. Trump states that it may end early, pending re-evaluation.

US citizens can still come home at any time, although it appears than only a dozen or so US airports will be allowed to take EU traffic and special screening will be done on US entry.

The big question then involves how many, if any, flights will continue to run these routes. I originally thought that the flights themselves were being banned by the Presidential Proclamation, but that isn’t the case. Yet, if demand falls to near nil as a result, it would follow the flights would be cancelled anyway.

Here is the statement from DHS:

Today President Donald J. Trump signed a Presidential Proclamation, which suspends the entry of most foreign nationals who have been in certain European countries at any point during the 14 days prior to their scheduled arrival to the United States. These countries, known as the Schengen Area, include: Austria, Belgium, Czech Republic, Denmark, Estonia, Finland, France, Germany, Greece, Hungary, Iceland, Italy, Latvia, Liechtenstein, Lithuania, Luxembourg, Malta, Netherlands, Norway, Poland, Portugal, Slovakia, Slovenia, Spain, Sweden, and Switzerland. This does not apply to legal permanent residents, (generally) immediate family members of U.S. citizens, and other individuals who are identified in the proclamation.

If you aren’t a US citizen (or other excluded person)…

It’s important to understand that the ban will apply to you if you have been in one of the above Schengen Zone countries in the past 14 days. If you live in Ireland (not included in the ban) but went on March 12th to Hungary, for example, you wouldn’t be allowed to travel to the US until March 27th.

More as the story develops.