Santa Monica, California is definitely not a place for bargain hotel rates, and that includes booking with points. Even the Courtyard and the Hampton Inn are going to give you both cringeworthy cash rates and points rates.

If you are willing to stay at a hotel that’s not a chain hotel (sorry, no elite benefits!) and you know where to look, there is one bargain to be had.

The Shore Hotel sits directly across the street from the Santa Monica Pier on Ocean Ave, in between Broadway and Colorado. If you were to find this hotel on any online booking channel other than the Shore Hotel’s website, you’d be quoted around $400 a night. After all, the hotel occupies prime real estate and features a nice pool and jacuzzi (side note: it’s one of three hotels in Santa Monica with a jacuzzi). 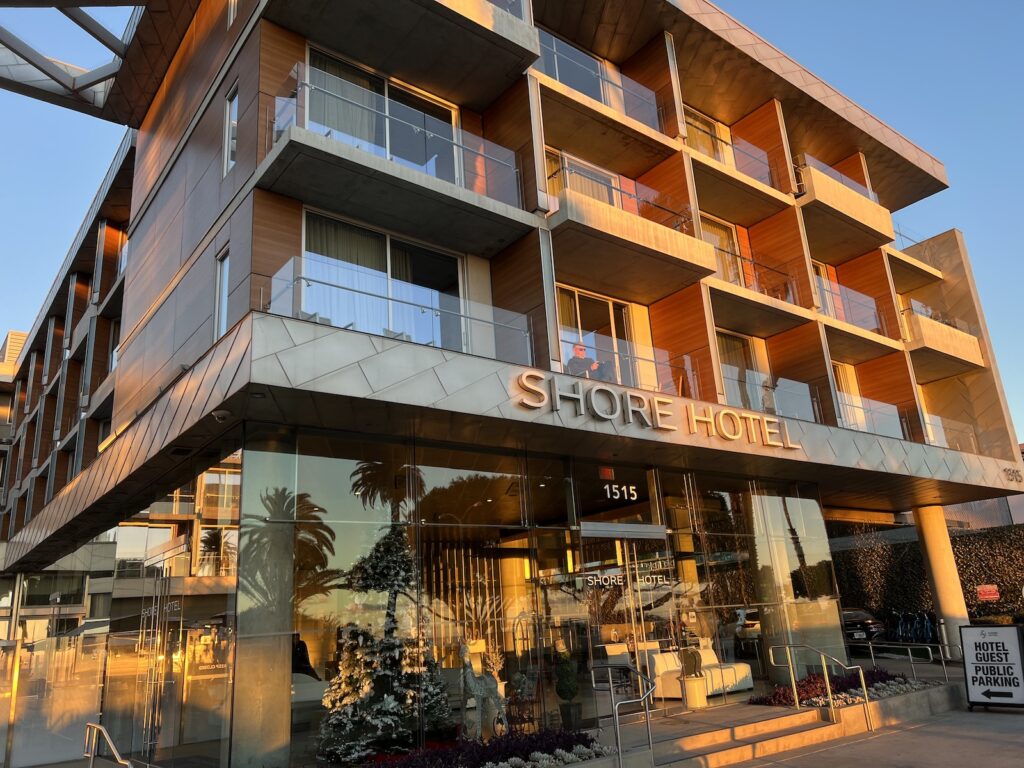 But if you go on the Shore Hotel’s website and look for the “Coastal Escape” rate, the rate drops all the way down to $199 ($210 beginning January 1, 2023). In addition, they waive the $32 “Destination Fee” and offer discounted parking.

Now, I do want you to know that it’s not simply a discount for no reason. In fact, there’s quite a fun story around these discounted rooms. They are the result of a settlement of a 2019 lawsuit by the city of Santa Monica against the Shore Hotel. In short, the hotel had received a permit to build a hotel with “moderate priced lodgings.” But they didn’t….

And it’s easily the best value for money in Santa Monica. 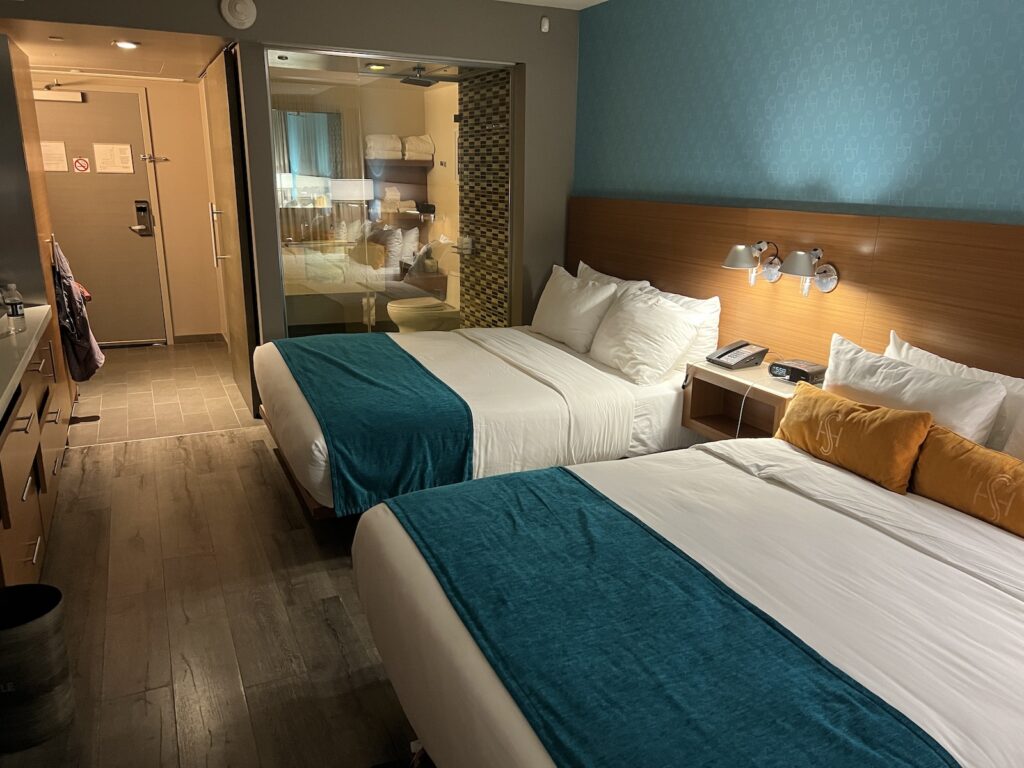 However, you need to know what you are getting – and it’s NOT exactly what you would get if you were paying full price.

In short, it’s a great rate – easily the best for a nice hotel on the beach in Santa Monica – but you are also treated very much as a guest that booked a lower rate (which, you did!). It reminds me of the “poor door” common in NYC within condos that created affordable 80/20 housing – although at the Shore Hotel, you are welcome to use the main door 😉