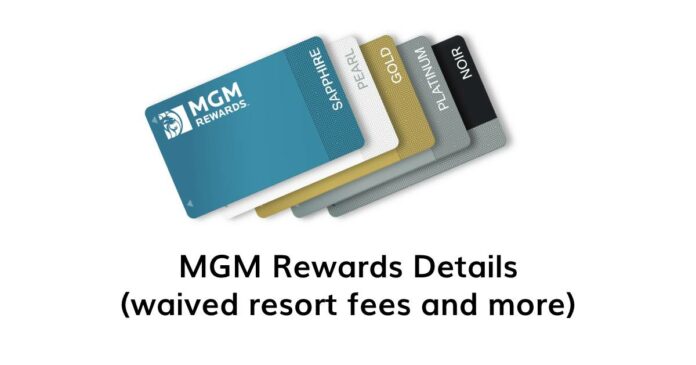 47
SHARES
ShareTweet
Want to discuss these deals? Apply to join the members-only MilesTalk Facebook group.
Advertising Disclosure: Links and credit card offers on this page may earn us a small commission. They never influence what we cover but they do keep the lights on. Learn More

Updated Jan 6, 2022 at 1:50pm ET with specific tier benefit info including what requires earned tier credits vs. a matched tier. Still no details on the enhanced suite upgrades for Platinum +.

I know that you’re thinking you already knew this…. but no, all we knew about was the program name change, an extra month of tier credit earning (Jan 1 -31 counts for both last year and this year) and that non-gaming spend will only earn 4 tier credits per dollar, down from 25.

Now, we have most of the fine details, and many are quite exciting. 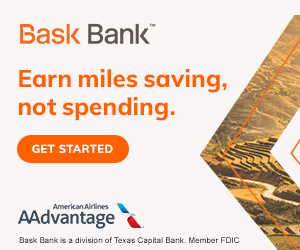 For MGM Rewards Gold members (what you get if you are on the Status Match Merry Go Round), the biggest and most exciting change is waived resort fees, matching what the equivalent Caesars Rewards Diamond level already offers their members. On my trip to Las Vegas for ZorkFest last month, I paid $39 a night in resort fees at Aria, plus tax, for almost $200 in resort fees in 4 nights. I would have certainly welcomed this benefit!

As mentioned, those resort fees for Gold + are huge. It also looks like there will be special events for Gold + (TBD).

But what if you can achieve MGM Rewards Platinum? It looks like you’ll get a travel credit towards a trip to Las Vegas (?!) as well as some sort of “advanced” suite upgrades (perhaps a limited number confirmable in advance? it’s not clear) as well as a 4pm checkout. That last bit would be amazing, though I note it is “based on availability” so it will remain to be seen if that is freely granted or not. (A guaranteed late checkout like Marriott offers Platinum and up would have been better, although those do exclude resorts from the guarantee and all MGM properties are resorts anyway).

There will also be some sort of Celebration Dinner (I can only imagine this is very similar to the $100 Celebration Dinner Caesars Diamond gets) and they also are dropping the number of tier credits needed for Pearl to 20,000. All other tier earning remains the same, despite the massive drop in tier credits earned for non-gaming spend. This certainly says they are leaning back into gambling as a more primary focus as compared to the rooms, dining, and entertainment spend.

Lastly, it looks like members from Pearl and up will get complimentary concert tickets.

Here’s a chart of benefits by tier: 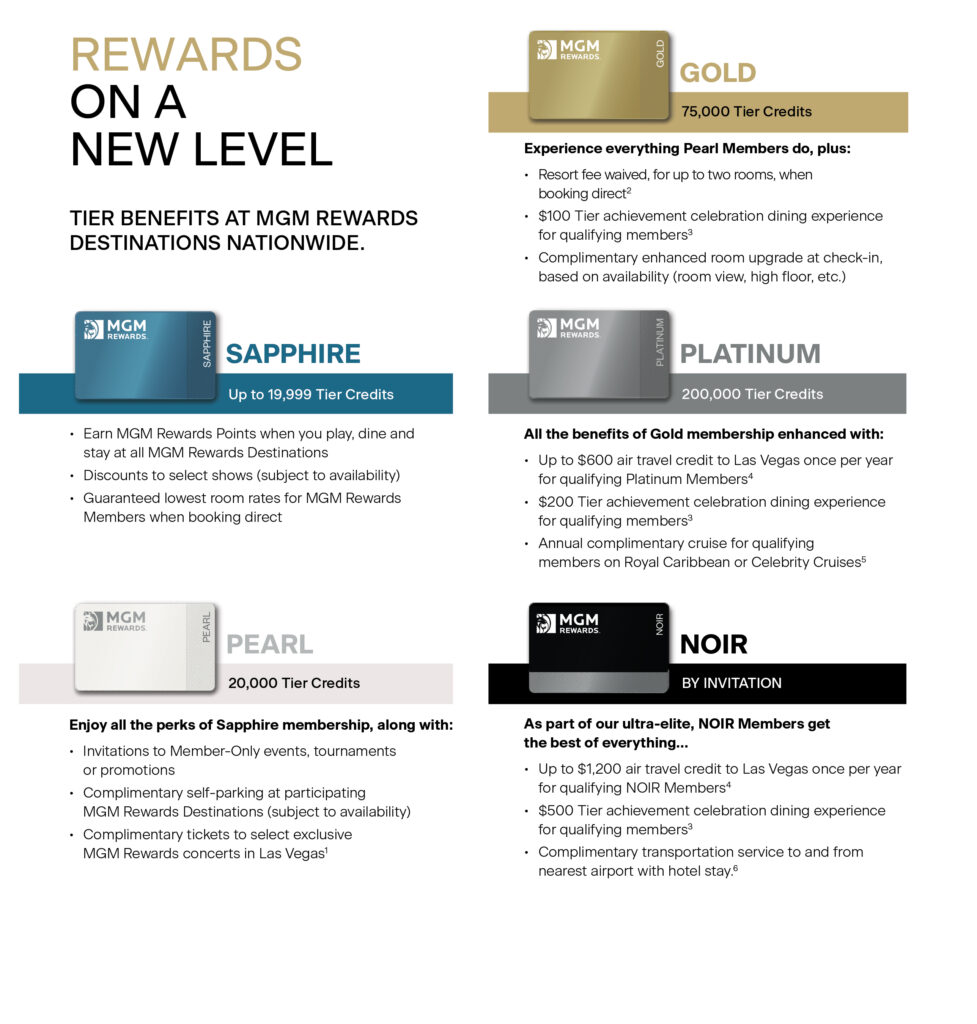 And the fine print…

1 Offers will vary in terms of frequency, ticket types, number of tickets, location, dates, etc. based on member’s Tier status and spend/gaming activity. Availability of tickets may be limited by capacity or otherwise and are subject to availability. Redemption instructions will be included in offer communication.

2 Applicable daily resort fees will be waived on up to two room reservations per trip when an eligible member books direct, under their name, with MGM Resorts International and his/her eligible MGM Rewards account number is attached to such reservations. To redeem, the eligible member may be required to visit the Front Desk during their stay to confirm eligibility and request waiver of the daily resort fee (e.g., if member advances to eligible Tier level during stay). Not applicable to reservations associated with convention, trade show and/or group sales unless billed to the qualifying member.

3 One (1) Tier Achievement Celebration Dining Experience benefit valid for qualifying member is offered during the current Tier Status Earning Year to each qualifying Gold, qualifying Platinum or qualifying NOIR member who has earned the minimum Tier Credits associated with reaching the applicable Tier Level (and, for NOIR Tier Level, invited to such level during such Tier Status Earning Period) based on spend during such period. Members who receive their Tier Level status through a third-party or other partnership tier match program are not eligible for the benefit. Dining Experience benefit is not awarded based on a member’s Tier Level status as of the beginning of the Tier Status Earning Year. A qualifying member who reaches multiple eligible Tier Levels during a Tier Status Earning Year as described above will receive one such benefit (awarded as a dining credit) for each such level reached. Amount of dining credit for reaching specific Tier Levels is as follows: up to $100 dining credit for reaching Gold, up to $200 dining credit for reaching Platinum, and up to $500 for reaching (and invited to) NOIR. Dining experience must be booked by qualifying member through designated MGM staff (who will apply applicable dining credit to member’s MGM Rewards account). Dining experience must be completed within twelve (12) months after qualifying for the benefit. Valid only at participating MGM-owned dining outlets. The dining credit cannot be used for gratuities, is non-transferable and cannot be redeemed for cash. To redeem your dining credit, you must present your MGM Rewards card at time of payment. Offer may not be used in conjunction with any other offer. Member will not receive the cash value or be compensated in any manner for any unused dining credit (if any) which will be forfeited if not used during the applicable dining experience. MGM reserves the right to modify the amount of the dining credit offered and/or otherwise modify and/or limit quantity/type of items offered (e.g., alcoholic beverages) all of which may vary based on Tier Level reached and other factors.

5 One (1) cruise benefit is offered during the current Tier Status Earning Year to each qualifying Platinum or qualifying NOIR members (valid for such qualifying member plus one (1) guest and subject to availability) who has earned the minimum Tier Credits associated with Platinum Tier Level or who is invited to NOIR Tier Level during such Tier Status Earning Year based on spend during such period. Accordingly, a qualifying member who earns the minimum Tier Credits associated with both Platinum and NOIR Tier Levels (and who is invited to NOIR) during such Tier Status Earning Year is eligible to receive both a Platinum and NOIR cruise benefit. Unless otherwise indicated, cruise must be booked during the applicable Tier Status Benefit Year (2/1 – 1/31) for travel completed within three (3) months after such period. Length of cruise and cruise destination will depend upon member’s earned Tier Level status and recent MGM Resorts spend and gaming play. Members are responsible for transportation to/from cruise embarkation and final disembarkation locations. Certain restrictions, fees and limitations apply. Subject to additional terms and conditions available at mgmresorts.com/royalandcelebritycruises.

I gave you the juiciest bits above, but here are a few more details straight from the Press Release:

Overall, while early news about the “devaluation” made the rounds, the news is, in my view, quite positive.

Previously there was almost no reason to shoot for the Platinum tier as it was almost the same as Gold, not even waiving resort fees. Now, even those matched to Gold from Hyatt Explorist will be happy with the waived resort fees, but they’ll also have a reason to gun for Platinum as the new benefits are substantial. I’ll reserve full judgement until I can see all of the fine print, but I’m impressed and intrigued right now.

Keep in mind that I’m writing this from the perspective of matched Gold.  Those earning each year from scratch will no doubt feel a bit less satisfied.

They also have a teaser website with some limited details.

There were a few questions I’d asked MGM but had not heard back as of this article’s press time. I will update if/when I get a bit more info.

Stacking Cash, Miles, and Points with Fluz (Plus a Giveaway!)