Decoding AA’s Dynamic Pricing: What Will a Mile Be Worth?

April 19, 2019 * by Dave Grossman * 1 Comment
Did you miss a deal? Never again! Apply to join the members-only MilesTalk Facebook group.

Yesterday, Gary Leff posted about his finding that AA’s so called websaver award fares were pricing dynamically. It’s clearly a test of larger scale dynamic pricing. It only shows in the “old” award booking tool. The “new” award booking tool at AA (which is horrible and designed to obscure all semblance of what level award fare you are booking) is still only showing fixed award pricing.

Quick Sidebar: I’m appalled that all the US airlines are following each other towards less consumer transparency. It removes “goals” and rewarding travel that you share socially. It’s short sighted and will cost them later….

I expect that the new award tool will eventually change to show the websaver fares as well, which may just wind up replacing all of the other buckets on AA operated flights.  If you aren’t aware, certain routes and the mobile app will sometimes price awards using a sort of overlay screen that is all white and displays the fares only for coach and business (or first) and not necessarily in an order that displays the best award rates when the best rates are on a partner. Other routes on desktop still use the old (better) tool.

What Value Will You Get on Dynamically Priced American Airlines Awards?

I was curious to see what value you’ll get for an AA mile with dynamic award pricing. You’d really need to be getting more than 2 cents a mile for an airline branded credit card to ever make sense for daily spend, but that will never happen.

I think a best case scenario would be in the 1.4 – 1.5 cent range, but I doubt that as well. Delta gives around 1.3 cents a mile on average but seems intent on working that down to around 1.1 cents, based on the value they are giving to miles on things like Delta mileage upgrades.

I decided to run some searches and compare those dynamically priced awards to cash prices to see if there’s a pattern. 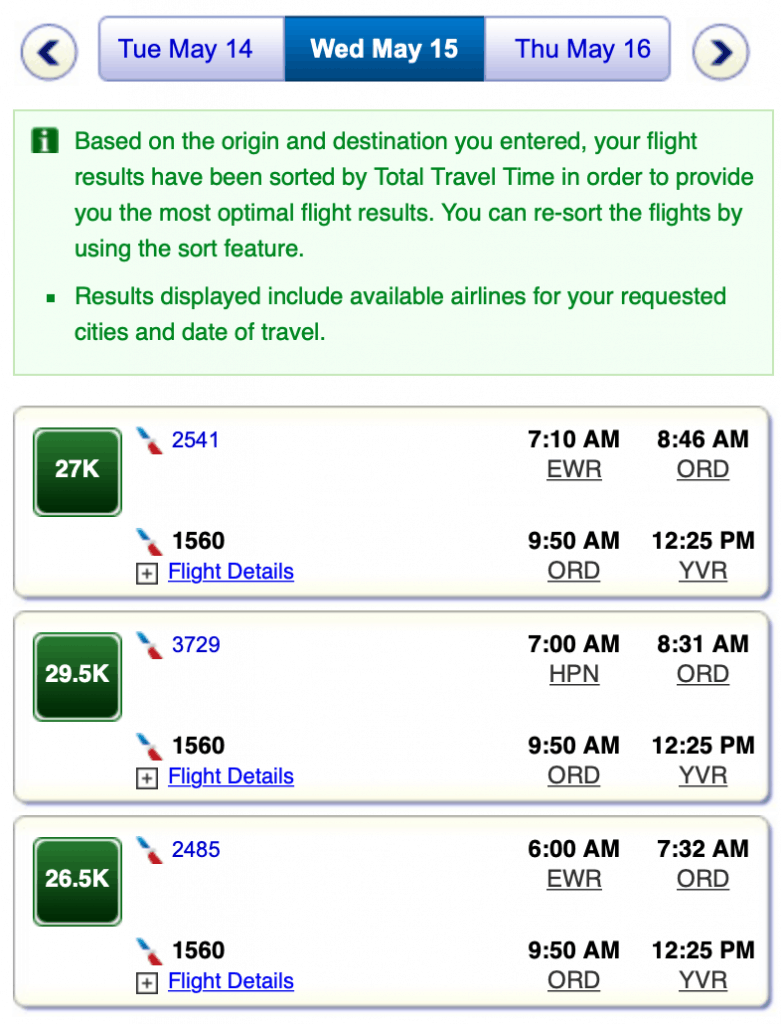 The above flights both equate to just about a 1.4 cent per mile yield.

(Note that I couldn’t get the flight originating HPN to price at all in cash so I couldn’t compare it.)

1.4 cents isn’t awful, so I was hoping to search other days and see a similar pattern. 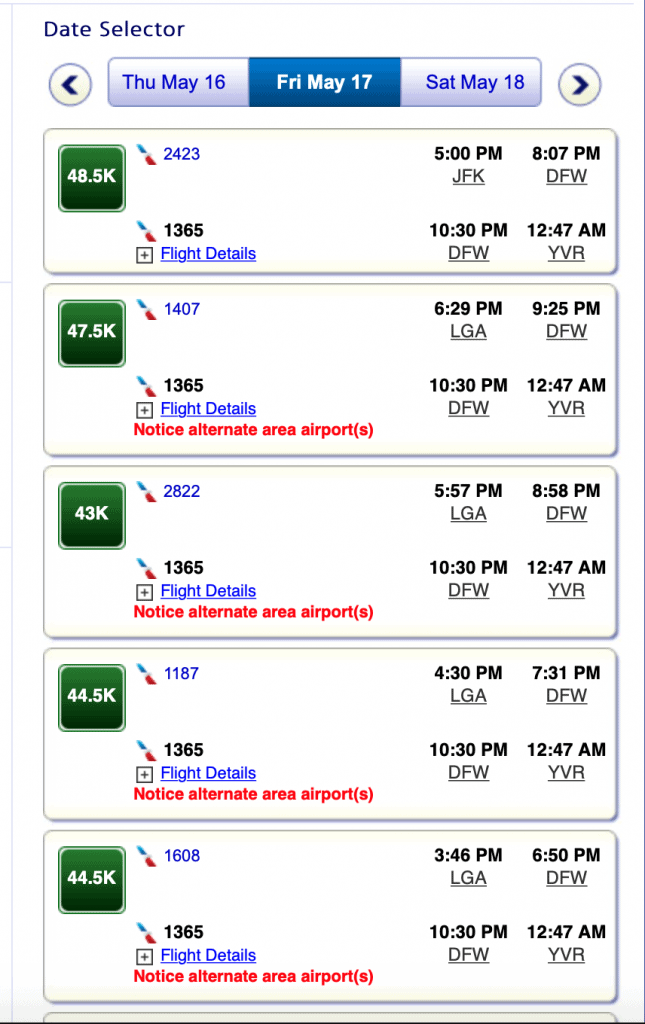 Here’s Orlando to Pittsburgh in May: 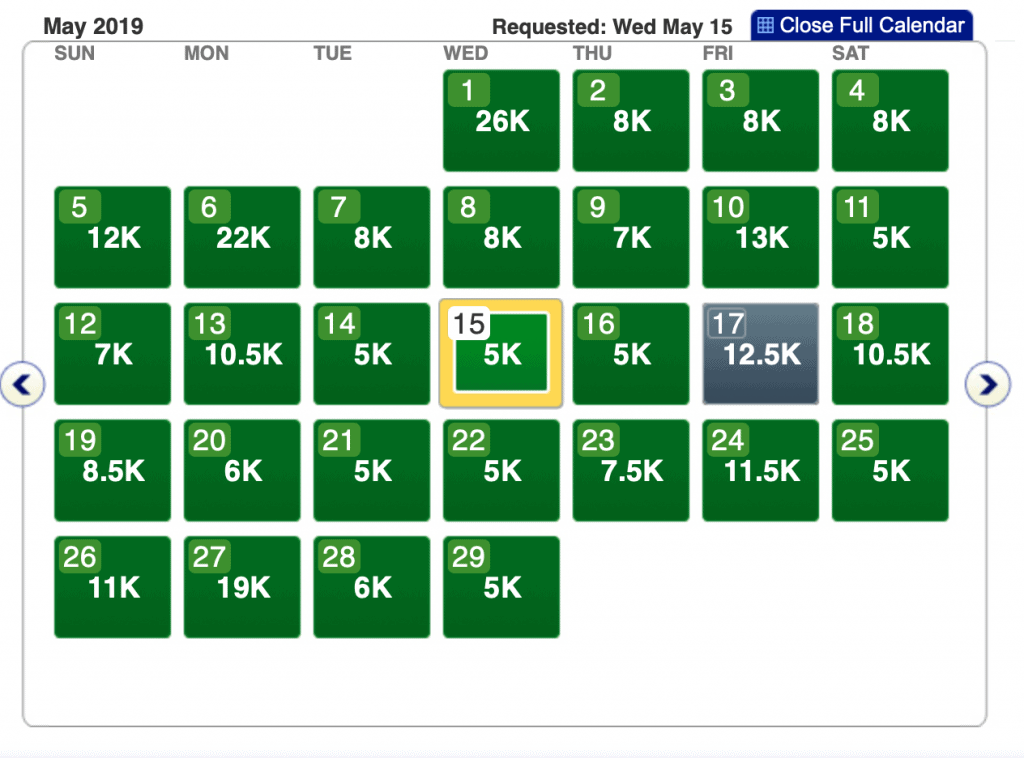 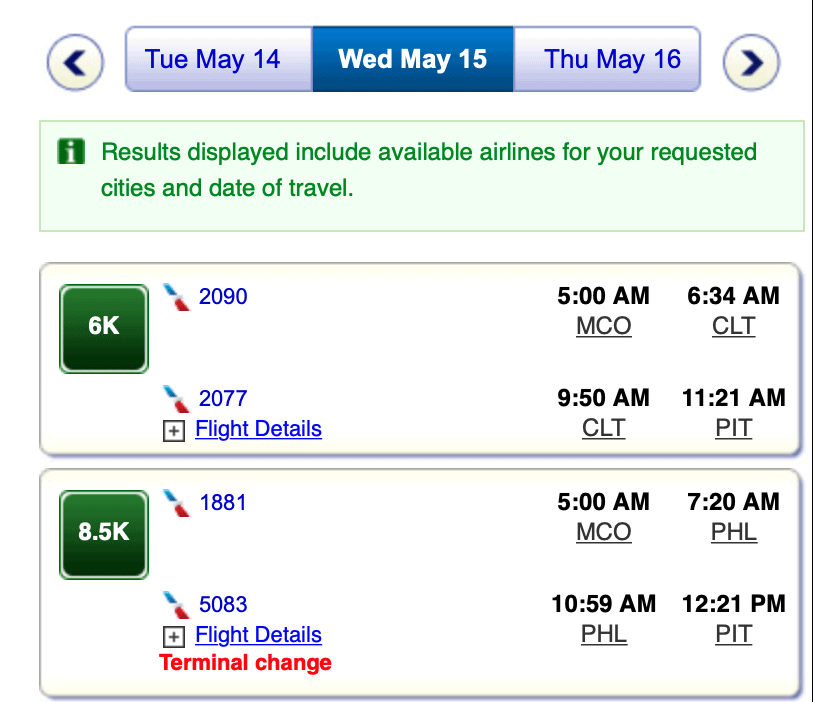 I picked the first fare of the day.

I was clearly hoping to crack the code on this for you. I didn’t.

We found redemption yields in this (limited) analysis of 0.8 to 2.1 cents per mile. That’s a wide range. Of

course, this represents AA’s first dynamically priced awards and isn’t being publicly touted as such, so they may still have a lot of fine tuning to go.

My best guess is that there is a combination of factors that they are using for this pricing that goes beyond the revenue fare. They may be attempting to push you onto certain undersold flights or connections by discounting one in miles vs the other.

If so, that would be a *very small* silver lining as it could mean there is still a way to use flexibility to get a better return on your miles.

All of that said, the best redemptions on all domestic airlines remain on partners. As long as we can do that on a fixed award chart (published or not) we will be able to find value. But since that ability could disappear one day, it remains prudent to earn and burn and have all the fantastic experiences you can while you can…

What are you thinking?  Let me know here, on Twitter, or in the private MilesTalk Facebook group.

New to all of this? The “introduction to miles and points” book, MilesTalk: Live Your Wildest Travel Dreams Using Miles and Points is available now.