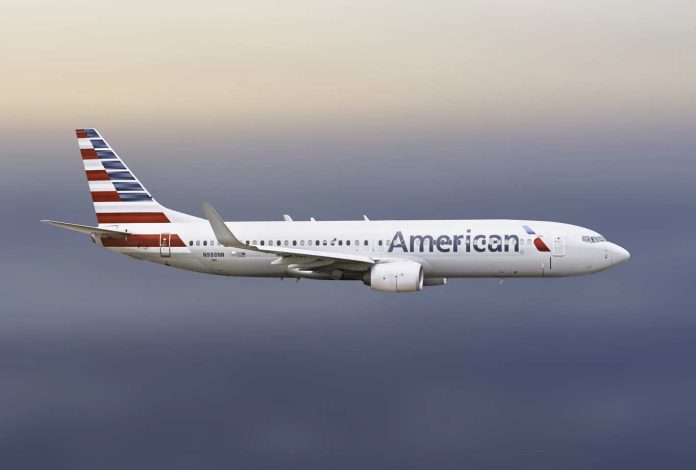 I’m not saying that it is, but there does seem to be some writing on the wall.

Probably less than 3 weeks away and, personally, I expect they will be very very rough. https://t.co/sIl3NkYQPN

Now, it’s not that long ago that everyone got scared that AAdvantage would go totally revenue based. I was told this would not happen anytime soon, but the winds have shifted as management has, specifically with Rick Elieson leaving as head of AAdvantage and with his boss, Vasu Raja, going on the record that AAdvantage plans to go more revenue-based, as Gary at View from the Wing details here. In fact, Gary just yesterday published a piece called The Top 5 Reasons To Expect An American AAdvantage Devaluation. He also points out that everyone else has gotten rid of award charts in the US (Except for Alaska Airlines’ Mileage Plan).

American Airlines has been hurting for cash for a while and seems to be taking every possible anti-passenger approach they can to get by. They fired top tier Executive Platinum members from AAdvantage for opening a handful of credit cards, made it harder to use accrued Business Extra points,  ripped out all of their seatback entertainment, added more seats onto already jam packed planes at the expense of legroom and underseat storage, added new terms to their Conditions of Carriage that basically absolve them of any responsibility for delayed/cancelled flights beyond a refund to you, and…. I could go on.

AAdvantage, in its current incarnation, is a valuable program for sure. I detailed 5 Reasons that AAdvantage miles are underrated here and these still ring true (although Etihad no longer flies The Apartment). But that is with the current award charts.

We know that Web Specials were step 1 in revenue based awards. They offer these Web Specials at rates that are often lower than but also often higher than the award charts.

What remains is partner awards, like spending just 75,000 miles from the US all the way to South Africa via the Middle East on one award in Qatar’s QSuites or Etihad Business Class.

So let’s stop and think for a second what happens to the value proposition of AAdvantage awards if AA removed partner award charts. Currently United still has (for the most part) partner award pricing. Delta changes theirs constantly, but partner bands exist. What if AA went full blown revenue based. What if that ticket to South Africa on Qatar flexed with the retail price? What if they got rid of the fixed base price altogether?

That would pull just about all of the value out of the program and out of your miles.

I don’t know that this will happen, but it’s got to be a possibility!

So here’s what I would do with your AAdvantage accounts right now.

Anything. You can currently freely redeposit awards. So pick some trips and make some speculative bookings on anything that is available and appeals to you.

And also, for the one millionth time, this is why we prefer to earn transferable miles (like from Chase, Amex, and Citi) over purely earning airline miles since they are stuck with that one airline’s program no matter what.

Get 80,000 Citi ThankYou points when you spend $4,000 in 3 months. Using Turkish as a transfer partner, this could be worth 3 round trip domestic flights in Business Class or nearly enough for a roundtrip flight to Europe in Business Class! Get This Offer

Hyatt and AA Offer “Instant Status Pass” (Up to Globalist and Platinum Pro!)

Use or Lose These Annual Credit Card Credits and Perks [2022]